Posted on October 17, 2017 at 02:17 (GMT +00:00) by Colin
[ 0 Comments ]
"Ziron" (pronounced "zi ron") is a x86 / x86-64 programming language for Microsoft Windows. Ziron mixes a low and high level syntax containing assembly instructions and high block code statements such as if, while and repeat. The Ziron assembler is developed and maintained by Colin J.D. Stewart and has been under development since early 2011. 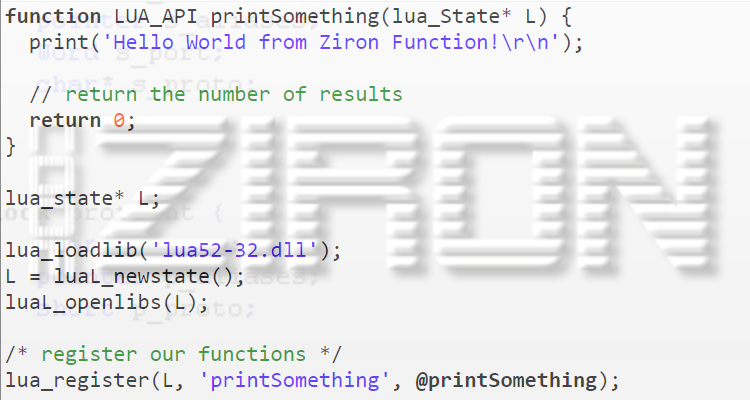 The concept of the Ziron language is to increase popularity of programming with assembly with the benefits of mixing high and low level code.

Ziron is the first assembler with an inbuilt plugin system, allowing for advanced modifications and extensions to the assembler and the base language.