So... a few weeks ago I was at the beach with my wife taking my dog Ragnar for playtime and came across a large beached tree that was down to the heartwood, perfect I thought.... at least I thought so.... until we had to saw through it....... 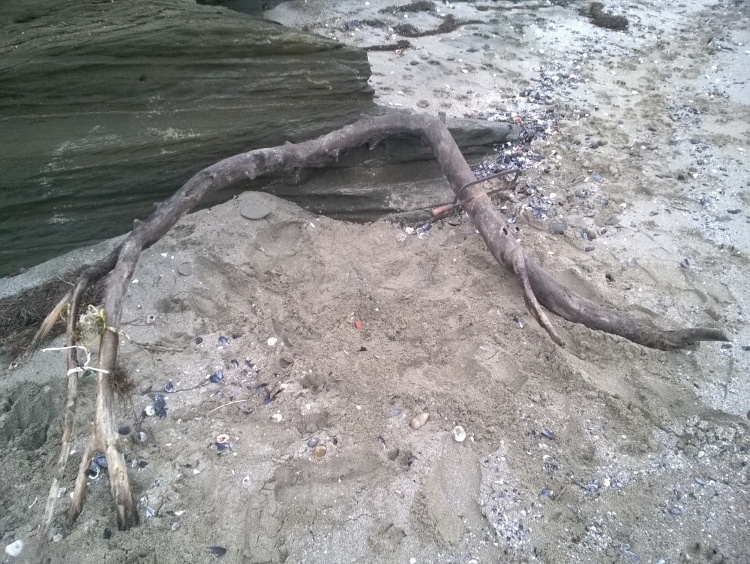 After we took the pieces we liked, I had to wash and boil them

Next was putting together a foam shelving to support soil, rocks, plants, etc.... 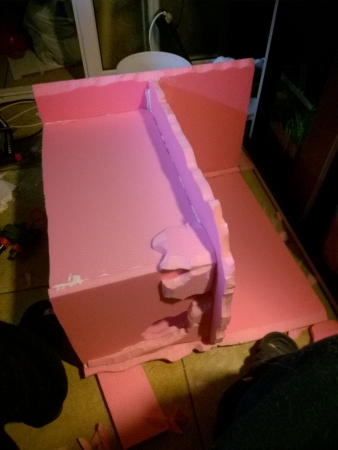 It was then painted and small inner sections were added, followed by adding some holes and gravel to prevent plant flooding, and of course to allow plants to trickle filter. 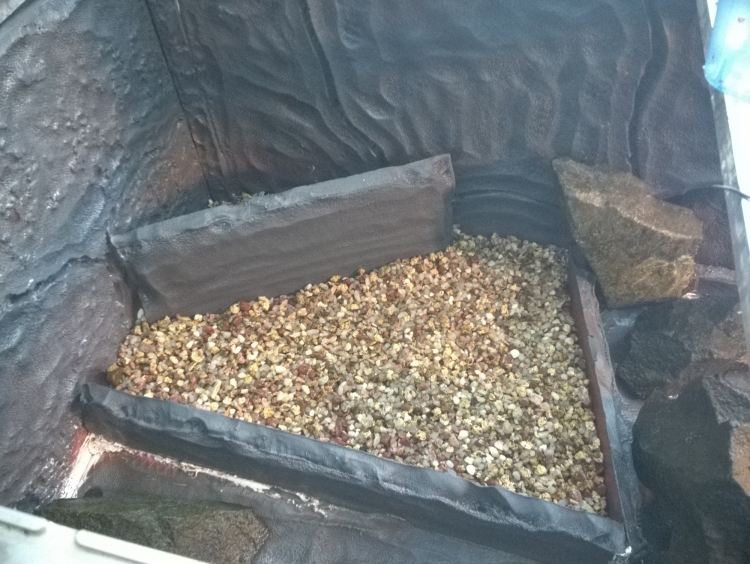 I then added soil, rocks, some gravel and then some plants to get started. 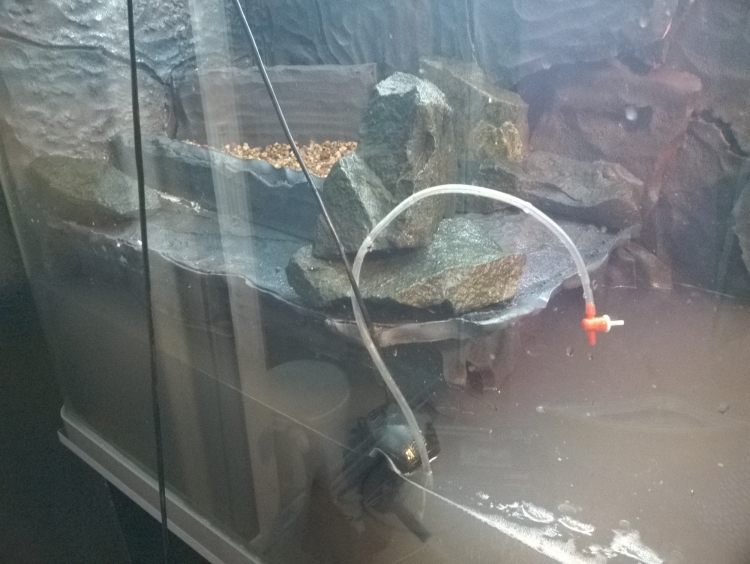 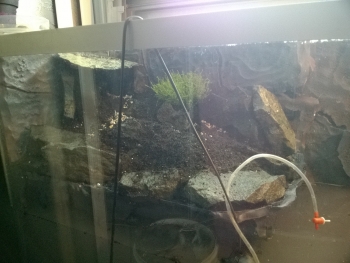 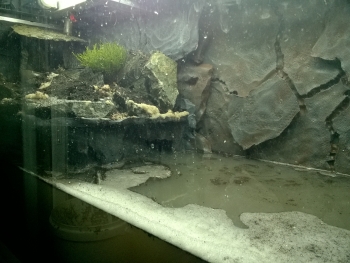 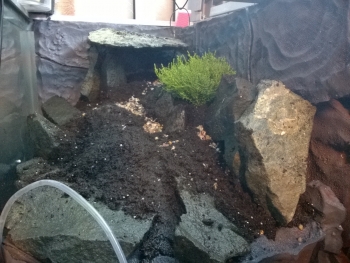 By this point it was a terrible mess, but I am confident I made the right choice using soil as a natural plant medium and secondary filter and that the extra time to get everything cleaned would be worth it in the long run. 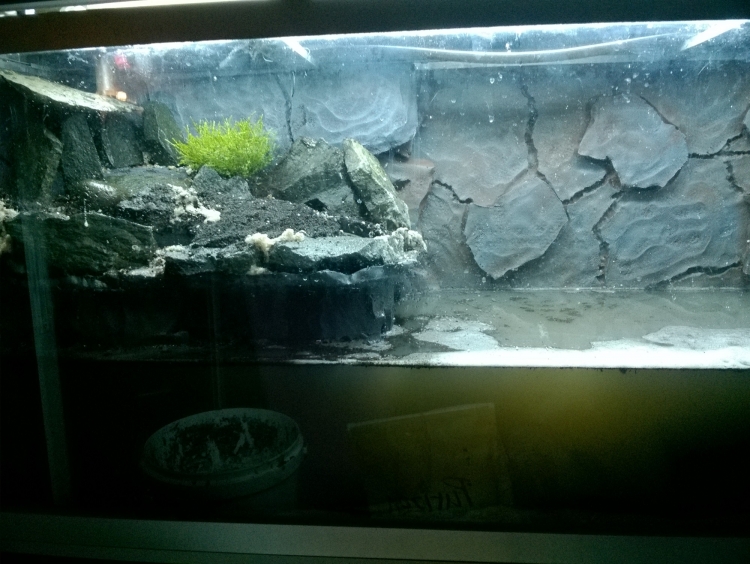 I tried both drift wood I had collected but the first was just too big so I opted to just add the second smaller piece at "ground" level. 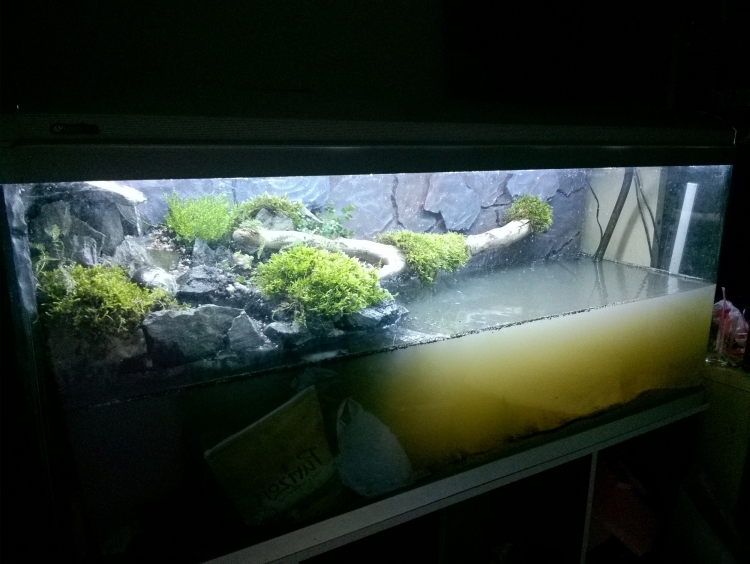 Meanwhile, I began putting together a makeshift over-tank filter 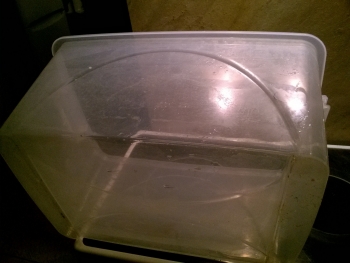 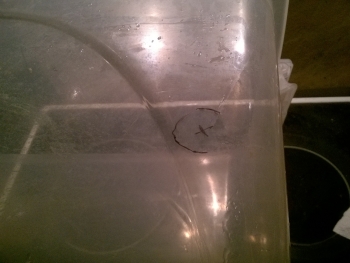 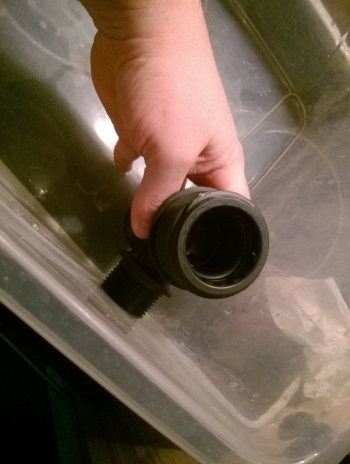 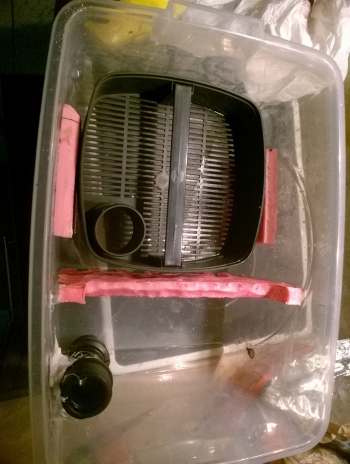 I will not go into detail regarding this filter as it is temporary until I get the time to put together something better, I have made several changes since then, but I will post an update regarding the filter once I get started on the proper one....

After a few days of filtering it was starting to look clearer. 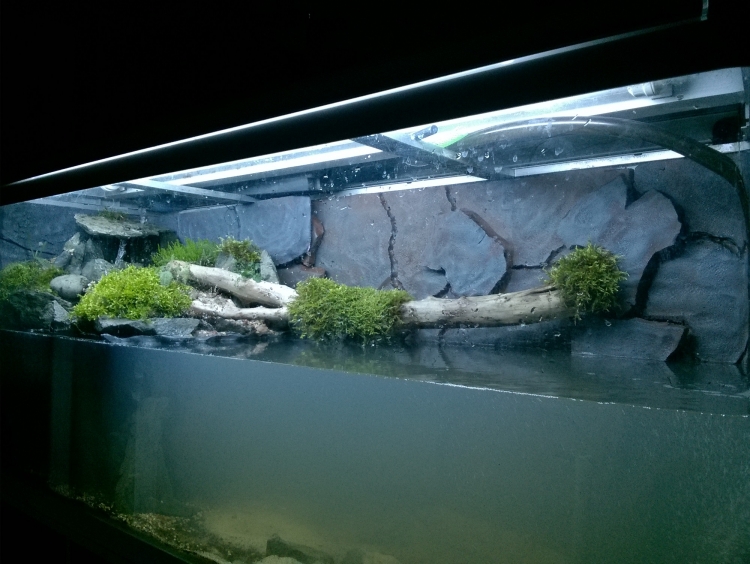 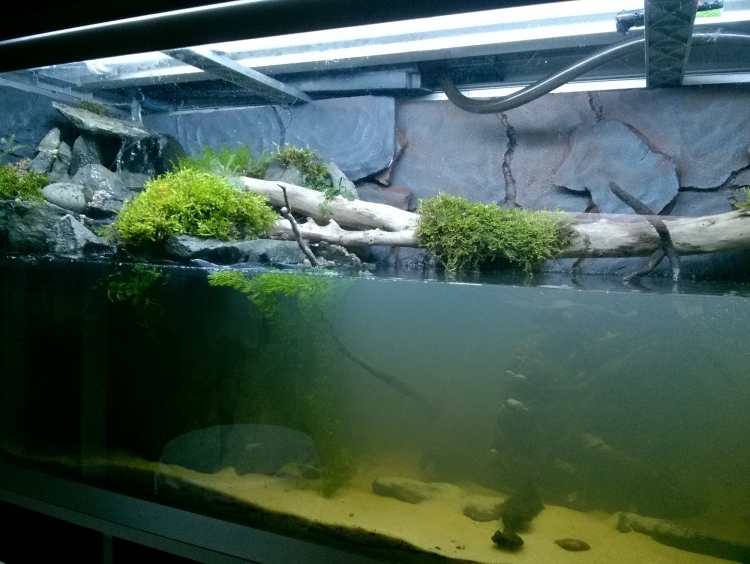 It has now been a few weeks since I got everything up and running, I have since added a few fish to keep the filter bacteria (which I added from 2 of my other aquariums) stable and I have also got inside there at current 2 stick insects and 2 Madagascar cockroaches, I plan to breed a couple of generations of woodlice before placing them in to help combat any decaying plants over time. So the moss and other plants are doing very well bar 2-3 which are not receiving enough water (which I plan to take care of once I put together plans for the new filter). Unfortunately I do not have any recent photos to upload right this moment, but hopefully tomorrow I will make another update with more recent shots and possibly some videos.

Thanks for reading, please let me know what you think in the comments below!
/Aquariums